Biography: DR. ALAIN L. FYMAT is a medical-physical scientist and an educator. He ReadMore...

DR. ALAIN L. FYMAT is a medical-physical scientist and an educator. He is the current President/ CEO and Institute Professor at the International Institute of Medicine & Science with a previous appointment as Executive Vice President/Chief Operating Officer and Professor at the Weil Institute of Critical Care Medicine, California, U.S.A. He was formerly Professor of Radiology, Radiological Sciences, Radiation Oncology, Critical Care Medicine, and Physics at several U.S. and European Universities. Earlier, he was Deputy Director (Western Region) of the U.S. Department of Veterans Affairs (Office of Research Oversight). At the Loma Linda Veterans Affairs Medical Center, he was Scientific Director of Radiology, Director of the Magnetic Resonance Imaging Center and, for a time, Acting Chair of Radiology. Previously, he was Director of the Division of Biomedical and Biobehavioral Research at the University of California at Los Angeles/Drew University of Medicine and Science. He was also Scientific Advisor to the U.S. National Academy of Sciences, National Research Council, for its postdoctoral programs tenable at the California Institute of Technology and Member of the Advisory Group for Research & Development, North Atlantic Treaty Organization (NATO). He is Health Advisor to the American Heart & Stroke Association, Coachella Valley Division, California. He is a frequent Keynote Speaker and Organizing Committee member at several international scientific/medical conferences. He has lectured extensively in the U.S.A, Canada, Europe, Asia, and Africa. He has published in excess of 500 scholarly scientific publications and books. He is also Editor-in-Chief, Honorable Editor or Editor of numerous medical/scientific Journals to which he regularly contributes. He is a member of the New York Academy of Sciences and the European Union Academy of Sciences, a Board member of several institutions, and a reviewer for the prestigious UNESCO Newton Prize, United Kingdom National Commission for UNESCO 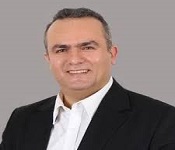 Dr. Yavuz Selim Silay is the Co-Founder & CEO of MAIN(MaQasid Angel Investors Network) & chairman of Istanbul Consulting Group. MAIN(MaQasid Angel Investor Network) is one the fast growing global angel investment groups . ICG(Istanbul Consulting Group) which was founded in 2013 and provided guidance to the Turkish ministry of health as part of a World Bank project.Yavuz is currently the Co-Founder of BioCube İstanbul Bioentrepreneurship & Innovation Center and Corporate Communication Director of Archem Diagnostics. He previously managed the largest distributor of Siemens Healthcare in Turkey managing 250 employees and director of Avcilar Hospital R&D Center, Chief Medical Officer of Lifematrix GmbH. Previously he worked as the Market Access & Health Policy Director for AIFD in Turkey.Yavuz previously worked as the Vice President of Ipsen pharmaceutical and Director of Teva pharmaceutical in USA managing large clinical trials as well as Investigator Initiated Trials and developing relationships with Key Opinion Leaders. Previously, Yavuz was the Associate Director at KV Pharmaceuticals and Director in Clinical Development department at Forest Laboratories 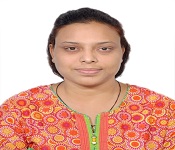 Dr. Nidhi Chauhan, working as Assistant Professor in Amity Institute of Nanotechnology (AINT), Amity University, Noida, Uttar Pradesh. She has been carrying out research in the field of nanomaterials based biosensor and enzyme technology. Her research work deals with the detection of many metabolites for the diagnosis of various diseases. During the 12 years of her research period (from 2009 onward), she published more than 90 research papers in highly reputed journals with total impact factor of 250. Collectively, these research papers indicated her H-index of 29 and citation index of 2663. More than 40 National/International, conferences/seminars/workshops in various cities of India, Sweden, Scotland and UK were attended by her to present her scientific work showing significant accomplishments to research. Furthermore, her significant scientific contribution was to develop a new method for the way of using detergents for washing purposes. This work was highlighted in “The Economist” newspaper published in London. Four Indian and one International patent (PCT) on "polyvinyl chloride (PVC) surface co-immobilized with enzymes and its laundry applications to remove strains" with the help of TIFAC, Department of Science & Technology, Govt. of India were filed. She have achieved numerous remarkable awards in workshops, International Conferences with Travel Grant Awards from ICMR, CSIR and DBT and Visiting Scientists Fellowships. She has also been awarded Shakutla Devi Amir Chand award for the year 2014 by ICMR, N. Delhi.

Dr. Nidhi Chauhan is Assistant Professor at Amity Institute of Nanotechnology, Amity University, Noida, India. She has published 90 high quality research papers in International journals with H-index of 29. Her research work in the area of disease detection and biological important molecules is of high scientific and social relevance. Her research work focused on "Synthesis of nanosensing interfaces for the detection of various metabolites in clinical samples". She has made outstanding contribution in developing novel biosensors for fine detection or measurement of metabolites in human body fluids essential for reliable diagnosis and better management of human health and diseases 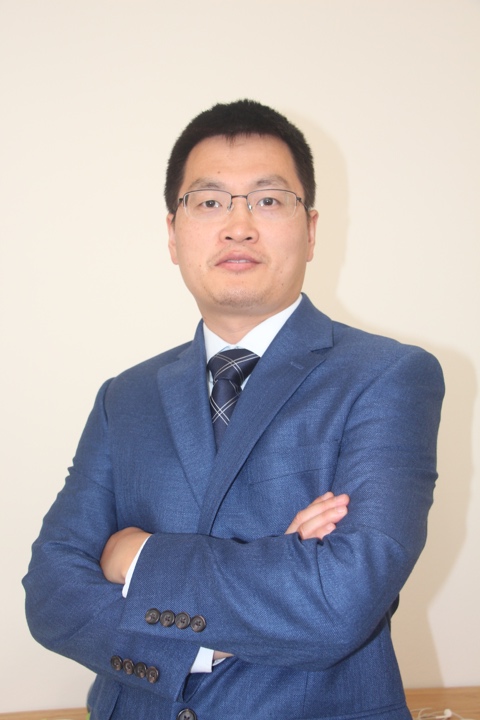 Biography: Hua Gong has completed his PhD from Soochow University and postdoctora ReadMore...

Hua Gong has completed his PhD from Soochow University and postdoctoral studies from University of California, San Diego, Nanoengineering Department. He has published more than 45 papers in reputed journals Barry A. Bunin, Ph.D. is the CEO of Collaborative Drug Discovery. Dr. Bunin has overseen $50 million in business transactions over the last two decades. Prior to CDD, he was an Entrepreneur in Residence with Eli Lilly & Co. Dr. Bunin is on a patent for Kyprolis™ (Carfilzomib for Injection) — a selective proteasome inhibitor that received accelerated FDA approval for the treatment of patients with multiple myeloma that was widely viewed as the centerpiece of Amgen’s $10.4 Billion acquisition of Onyx Pharmaceuticals. 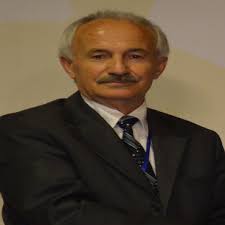 Dr. Osman Adiguzel graduated from Department of Physics, Ankara University, Turkey in 1974 and received PhD- degree from Dicle University, Diyarbakir-Turkey. He studied at Surrey University, Guildford, UK, as a post doctoral research scientist in 1986-1987, and his studies focused on shape memory alloys. He worked as research assistant, 1975-80, at Dicle University and shifted to Firat University in 1980. He became professor in 1996, and he has been retired due to the age limit of 67; following academic life of 45 years. He published over 60 papers in international and national journals; He joined over 100 conferences and symposia in international and national level as Plenary Speaker, Keynote Speaker, Invited speaker, speaker or Poster presenter. He served the program chair or conference chair/co-chair in some of these activities. In particular, he joined in last six years (2014 - 2019) over 60 conferences as Speaker, Keynote Speaker and Conference Co-Chair organized by different companies in different countries. Additionally, he retired at the end of November 2019, and contributed with Keynote/Plenary Speeches to 11 Virtual/Webinar Conferences in the first year of his retirement, 2020. Dr. Adiguzel served his directorate of Graduate School of Natural and Applied Sciences, Firat University in 1999-2004. He supervised 5 PhD- theses and 3 M.Sc theses. He is also Technical committee member of many conferences. He received a certificate which is being awarded to him and his experimental group in recognition of significant contribution of 2 patterns to the Powder Diffraction File – Release 2000. The ICDD (International Centre for Diffraction Data) also appreciates cooperation of his group and interest in Powder Diffraction File. Rashid Mahmood has Master Degree in Analytical Chemistry and MS in Total Quality Management. He is having over 19 years of experience of Pharmaceutical Technical Operations and has represented his country as a keynote speaker in many international conferences. He has presented various talks in USA, Canada, UK and UAE on Cleaning Validation, GXP, Quality Risk Management, Role of Mass Spectrometry in Pharmaceuticals and on new Drug Delivery Systems. Currently he is working as General Manager Technical Operations in Surge Laboratories Private Limited, Manufacturer of Microencapsulated APIs, Liquid & Sterile Dry Powder Parentrals. Surge Laboratories is one the best export oriented organization of Pakistan.